India struggling with lack of oxygen due to rising corona patients 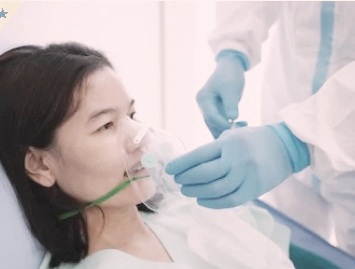 In April, Kasturba Hospital in Sevagram village was instructed to immediately install 200 extra beds for Corona patients.This hospital is located 50 miles from Nagpur in Maharashtra. In Maharashtra, the cases of infection continued to grow. It is a non-profit hospital and lakhs of patients come here every year for their treatment. There are 934 beds available in this hospital.

Such beds were needed for most of the Kovid patients, which had oxygen supply. It also included beds that were kept for serious patients. Over the next few weeks, the hospital spent nearly three and a half million rupees to connect oxygen supplies with new beds using copper pipes.

It was a big challenge. There was a need to work out in a planned manner to put the extra beds with oxygen facility. The oxygen supply to keep the corona patients alive is the most  important.
According to the World Health Organization, about 15 percent of corona patients complain of lung function and need help to breathe.

Some patients may not have trouble breathing, but they have seen a lack of oxygen at dangerous levels. This condition is called Silent Hypoxia. Some people severely infected with corona need ventilators.

Some companies are only in this work

Dr. Muzaffal Lakdawala has converted a rock concert venue in Mumbai into a 600-bed Kovid Center. This center has its own oxygen tank.
The demand for oxygen increased after the epidemic.
Few companies in the country, which work to extract oxygen from the air in its 500 factories across the country. Only 15 percent of the entire production of oxygen is used in hospitals. The remaining oxygen is used in the blast furnace and welding work in the steel and automobile industries.


These companies producing oxygen are provided to the hospitals in liquid form in the tanker and then these tankers are directly attached to the bed with the help of pipes. Oxygen is supplied with steel and aluminum cylinders. Portable machines are called Concentrators, they can also filter oxygen from the air. They are now being used to treat corona patients.

According to an estimate by the World Health Organization
The world will require 6,20,000 cubic oxygen or 88,000 large oxygen cylinders per day, with a million new corona patients every week.

About 80% of oxygen marketing is owned by a handful of companies and oxygen supply is not available in many countries.

More than eight lakh infection cases have been reported in India and these cases are increasing. Along with this, the demand for oxygen is also increasing. Up to 1,300 tonnes of oxygen is required per day in hospitals and care centers, which was only 900 tonnes before the epidemic.

Statistics were not available

Saket Tikku, president of the All India Industrial Gases Manufacturers Association, says, "We did not know how much oxygen was being supplied with cylinders and tanks. We did not even know how many cylinders we had."

In April itself, officials held a meeting with gas companies. They found that there is not a single oxygen factory in Jammu and Kashmir and there is no medical oxygen manufacturer in Andaman. There cylinders were transported from other parts of India. Supplies were less in the northeastern states.

The government decided to use oxygen used in industries for medical use. There is a slight difference in both the oxygen. The oxygen extracted for medical purpose is more pure.


It is refined sufficiently and supplied under strict rules. Gas companies also built control rooms here so that they could take calls from hospitals and care centers from all over the country and make sure that they could get supplies on time. But still there are problems.

What is the problem

Many small companies are not being paid by the government hospitals, while these hospitals are buying oxygen on a large scale. It is going to be more than a year in Assam and till now the government has not paid to the oxygen suppliers.
The electricity of a medical oxygen producing company was cut off because it did not pay the bills due to lack of money.

In August 2017, 30 children died in Uttar Pradesh government hospital due to lack of oxygen. The oxygen supply was cut off due to non-payment of bills.

On the one hand the government talks about fixing supplies, on the other hand it does not pay it on time. The same situation remains during the epidemic.


The Government of India claims that there are 130,000 oxygen beds in more than 3000 Kovid-19 hospitals and care centers.
The government has plans to provide more than 50,000 ventilators for corona patients in government hospitals.


However, it is not clear how many places have liquid oxygen tanks and cylinder banks that can provide oxygen to the patients through pipes.


Many government hospitals do not have the facility to deliver oxygen from pipes, so they depend on it for big cylinders.


With the outbreak of epidemic, people in many small towns and villages have died due to lack of these facilities. These people could have been saved from dying. Dr. Atul Verma runs a 20-bed hospital in Bihar. He says, "We don't need much ventilators, but we need oxygen supply in remote areas."


Medical oxygen supply capacity in India is about five times more than what is required at present. So there is nothing to worry about shortage in supply. Surprisingly the demand in private hospitals has come down. One reason for this is that patients are avoiding going to hospital for fear of having corona and postponing it for later.


Anirban Sen, head of marketing at Linde India, a leading gas company, says, "Our medical oxygen supply has fallen by 20% as other patients in private hospitals have come down."


It is clear that when the infection increases, the availability of adequate beds with oxygen supply in India in the coming weeks will be a major challenge.


Anirban Sen says, "Supplying oxygen to small towns and villages will be a major challenge. The facilities are not adequate in these places. There is not enough quantity of oxygen in cylinders and pipes.